skip to main | skip to sidebar

From an interview with Alain de Botton:


Generally troubled. My parents didn't especially like me, which left me with a feeling of unworthiness and self-doubt.

How did it shape you?

It made me want to express myself and give a voice to precious things that had been silenced.


http://www.marcopoloquarterly.com/interviewbotton.html
Posted by Theresa Williams at 3:15 AM 2 comments


she died of alcoholism
wrapped in a blanket
on a deck chair
on an ocean
steamer.

all her books of
terrified loneliness

all her books about
the cruelty
of loveless love

were all that was left
of her

as the strolling vacationer
discovered her body
notified the captain

and she was quickly dispatched
to somewhere else
on the ship

as everything
continued just
as
she had written it

Charles Bukowski
Posted by Theresa Williams at 12:45 AM 3 comments

Just remembered that I've been having a lot of dreams lately about clothes shopping and boots.  Shopping in expensive places (although sometimes places like Kohls or Sears).  Looking at exotic wear, especially boots.  Very fancy ones, platform boots.

Odd, since I don't much enjoy clothes shopping.
Posted by Theresa Williams at 1:49 AM 0 comments

First:  three new haibun accepted by Contemporary Haibun Online, due out in April:  "Once and for All," "In Repair," and "Taos Pueblo."  And my haibun "The First Cold Nights" just came out in the Winter issue of Frogpond.

And, speaking of Frogpond, in the mail this week I got my first-ever copy.  Of course I've read it before but had never subscribed until now.  (I always subscribe to magazines that publish me; these magazines need our support so they can continue to publish others.)

Frogpond is the journal of the Haiku Society of America.  You can find out more about Frogpond by going here:  http://www.hsa-haiku.org/frogpond/index.html

Frogpond is filled with haiku, haibun, rengay, renku, essays, and book reviews.  Some of the haiku from this issue I particularly liked were:

thaw
the snowman waters
the crocus

sunset
warmth from within
the egg

Maybe it's that I have spring and warmth on my mind, but I think these are really fine examples of haiku.  Both stir with the promise of new life.

Dr. Randy Brooks of Millikin University has an essay called "Genesis of Haiku:  Where Do Haiku Come From?"  I appreciate his point about haiku as a "collaborative co-creative act."  He discusses how much active participation is required on the part of the reader to interpret and enjoy haiku.

There were so many exceptional haibun in this issue.  (I confess to having a personal preference for haibun).  I loved them all and look forward to savoring each again (and again).  Upon first read, two of my favorites are "Home" by John Stevenson and "Not Amused" by Ray Rasmussen.  "Home" is a complex story of loss, accomplished in so few lines as to be astonishing to me.  "Not Amused" is--well--a somewhat amusing take on loss.  Every loss has its sadness, but "Not Amused" takes the edge off the sadness with touches of irony, perfectly rendered.

To Theresa
Some chaos from
Western roads.
Best Wishes
Red

Red's previous work has received a Spur Ward from Western Writers of America.  He's been published in some of the great little mags, such as Concho River Review, Rattle, and Zone 3.  Rattle is a great favorite of mine.  If you have access to it, read it.

I just received Red's poems today, but an early favorite is "At the Crest of Longing" in which a blackbird commits suicide during a wedding reception in Broken Bow and Beefalo burger is "on sale down the street."

THANKS, RED!
Posted by Theresa Williams at 10:01 PM 2 comments 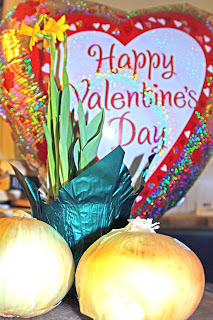 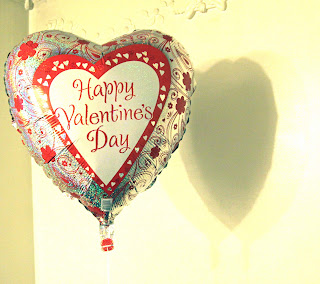 I got up today to Valentine surprises.

Allen had already been to town and bought the balloon (which I found floating up out of the bathtub), the flower, the onions (I love sweet onions--I can eat them like apples.  I've always, always loved onions.  When I was a baby, and my family was traveling across the country, my mother gave me green onions to suck on to keep me quiet.  Allen knows how much I love onions!)  He also brought two cream puffs, my favorite pastry, and he's going to cook my supper tonight.

In other news, I have two non-fiction pieces in an online magazine called Talking Writing.  You'll find them here:

http://talkingwriting.com/?p=9663
and here:
http://talkingwriting.com/?p=12419
They've invited me to be a regular contributor.  It feels good to be writing essays again.  I love Talking Writing, since there's nothing I like talking about better than writing.  This magazine is all about "talking" writing, so leave a comment if you feel so moved.
I had a short story published in September 2010 in The Sun.
In April, I'll be flying to San Antonio.  I'll be on a creative panel there for the American Culture/Pop Culture conference, reading several of my haibun.  Go here:  http://twilliams-creative-writing.blogspot.com/  if you want to read some of the haibun.   Or click on the Publications Page on this blog.
Such goings on. 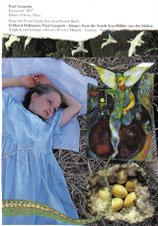 Theresa Williams
Northwest Ohio, United States
"I was no better than dust, yet you cannot replace me. . . Take the soft dust in your hand--does it stir: does it sing? Has it lips and a heart? Does it open its eyes to the sun? Does it run, does it dream, does it burn with a secret, or tremble In terror of death? Or ache with tremendous decisions?. . ." --Conrad Aiken

What I'm Listening To

This is a Flickr badge showing public photos from theresarrt7. Make your own badge here.

Fave Painting: The Three Ages of Man and Death

From the First Chapter

The Secret of Hurricanes : That article in the Waterville Scout said it was Shake- spearean, all that fatalism that guides the Kennedys' lives. The likelihood of untimely death. Recently, another one died in his prime, John-John in an airplane. Not long before that, Bobby's boy. While playing football at high speeds on snow skis. Those Kennedys take some crazy chances. I prefer my own easy ways. Which isn't to say my life hasn't been Shake-spearean. By the time I was sixteen, my life was like the darkened stage at the end of Hamlet or Macbeth. All littered with corpses and treachery. 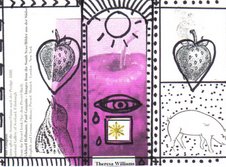 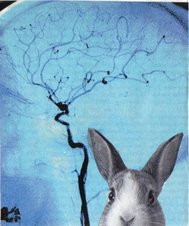 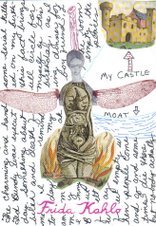 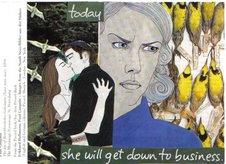